Wildenstein presents in its booth a selection of European paintings, works on paper and sculpture spanning the early Renaissance and Post-Impressionism.

In terms of chronology, the earliest work on display is a monumental panel by the Florentine painter of altarpieces and other devotional images, Bernardo Daddi. It depicts the fourth-century martyr Catherine of Alexandria next to the spiked wheel on which she had been condemned to be broken on orders of the pagan Roman Tetrarch Maxentius.

A statue of St. Roch of Montpellier by a French sculptor usually identified as a certain Gilbert Bertrand also dates from the Renaissance. The subject has for centuries been revered as a healer of the sick, especially those stricken by the plague. The medium-size statue, which has retained some of its original polychromy, is the single most important element of a group of free-standing, medium-sized limestone statues made for the hospice or Hôtel Dieu at Issoudun in the province of Berry that left France shortly after 1900. The original building has been transformed into the Musée Saint-Roch, which still contains a pair of monumental Trees of Jesse.

Guido Reni’s Holy Family with SS. Elizabeth and the Young John the Baptist is a particularly moving example of that Bolognese master’s late production, and a drawing for the figures of the Virgin and Child is in the J. Paul Getty Museum.

A splendid, ultra-Baroque portrait of a young man presumed to be a councillor in the Parlement of Paris and future tax farmer, Jean-Baptiste Louis Laugeois, is arguably the finest work by the Catalan-born official painter to Louis XIV, Hyacinthe Rigaud, to be found in North America.

Four exquisite, small-scale paintings by Fragonard are being sold as a group: A Woman Holding a Child in Her Arms, A Little Boy Standing on a Window Sill, A Seated Sultana, and A Little Girl Reading the Alphabet.

A Self-Portrait of Marie Guilhelmine de La Ville Le Roulx, who trained in the studios of Louise Vigée Le Brun and Jacques Louis David, shows the young woman painter copying one of the latter’s compositions representing the blind Byzantine general with his young guide, a work last recorded in a Japanese collection.

Another work, which was executed during the Consulate, is a pastel by a woman artist, Marie Gabrielle Capet. She was the principal pupil of Adélaïde Labille Guiard, whose work will be the subject of a retrospective presently being organized at the Château de Versailles. Executed in pastel, its middle-class subject, Jean Pierre Demetz, the future mayor of the town of Dourdan near Paris, is soberly dressed in a fawn-colored coat set off by dazzling yellow and black vest.

The Romantic movement is exemplified by a watercolor by Eugène-Louis Lami, a follower of Antoine Jean Gros and a friend of Théodore Géricault and Richard Parkes Bonington, who introduced the young Frenchman to painting in that difficult medium. Focusing on the race course on the grounds of the Château of Chantilly with King Louis-Philippe and his family in attendance, this ambitious work was commissioned by an eccentric animal enthusiast, the Portuguese emissary to the court of France, José Joaquim da Gama Machado. Commemorated by a lithograph made in England by Newton Smith Fielding, this work was recently shown in an exhibition organized by Henri Loyrette at Chantilly entitled Peindre les courses: Stubbs, Géricault, Degas.

One of the outstanding works in the stand is Edgar Degas’ Two Dancers, a pastel variation on a theme that he treated on a number of occasions towards the end of the nineteenth century and examples of which are in the Nationalmuseum in Stockholm and the Hermitage in Saint Petersburg.

Finally, we end our presentation on a powerful note with Henri de Toulouse-Lautrec’s striking profile depiction of a cabaret performer, Andrée Cyriac. 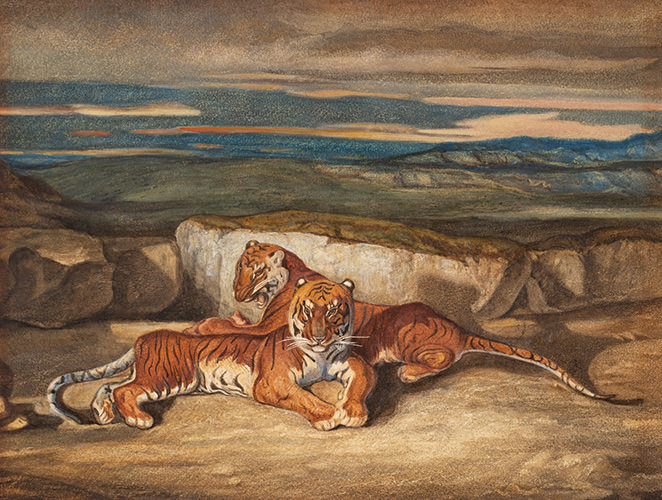 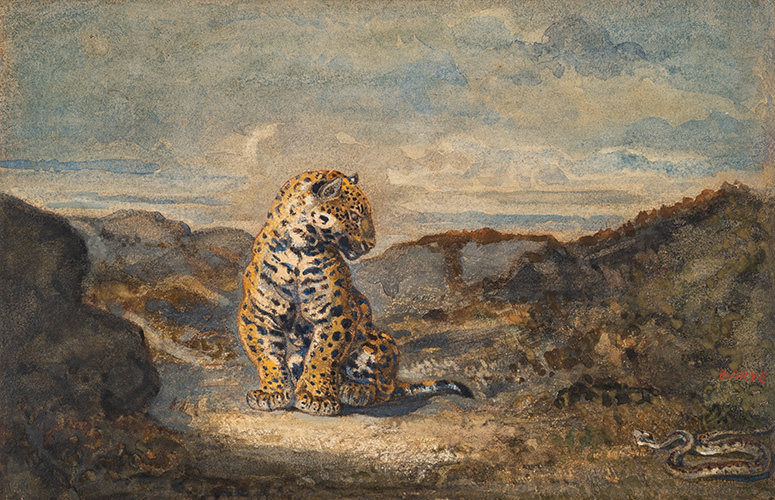 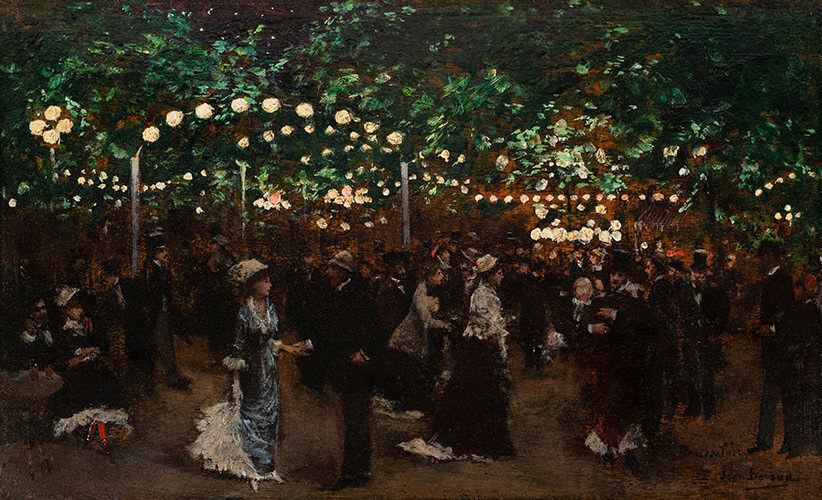 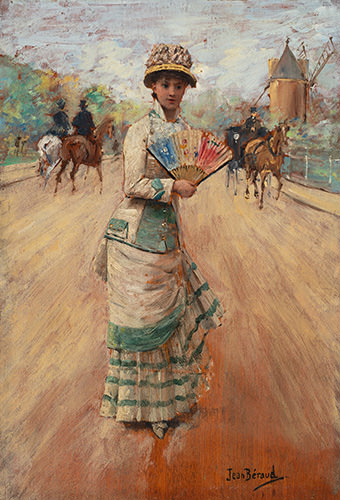 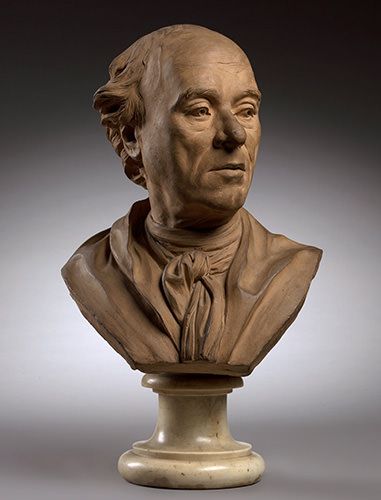 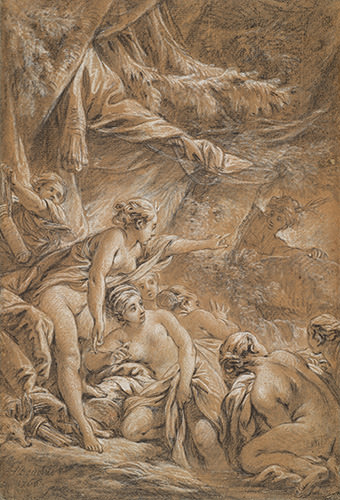 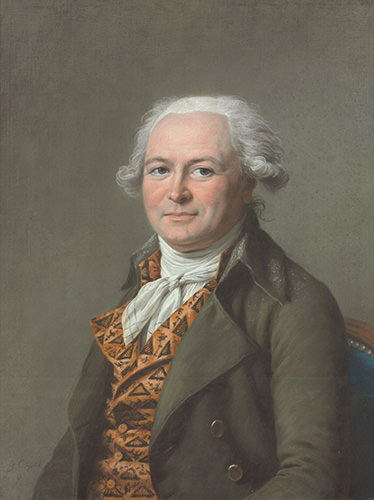 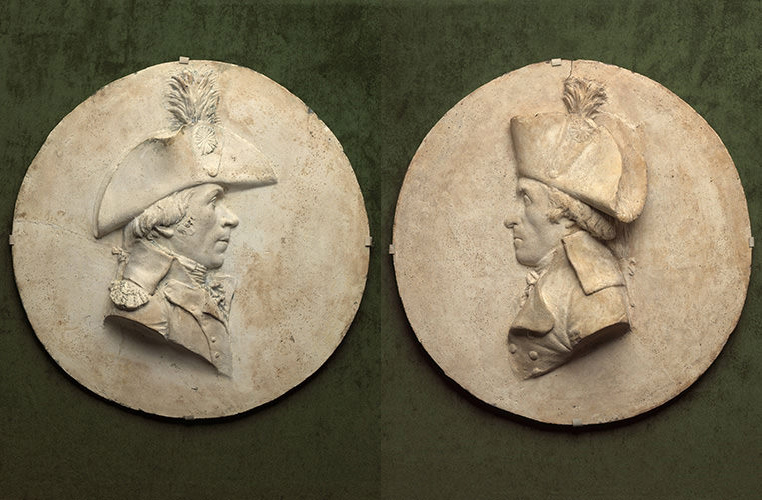 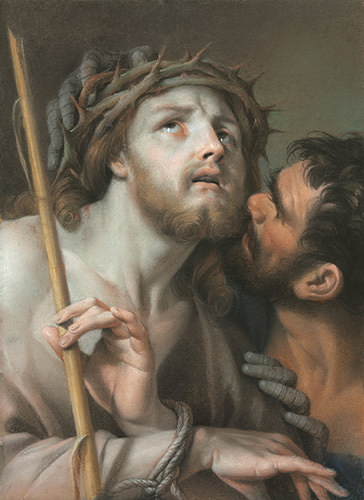 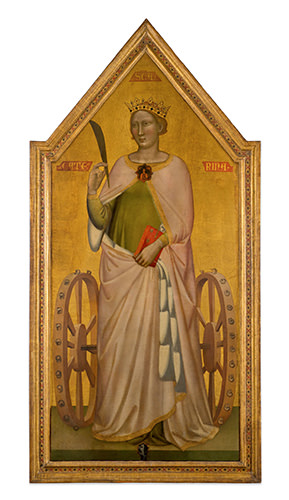 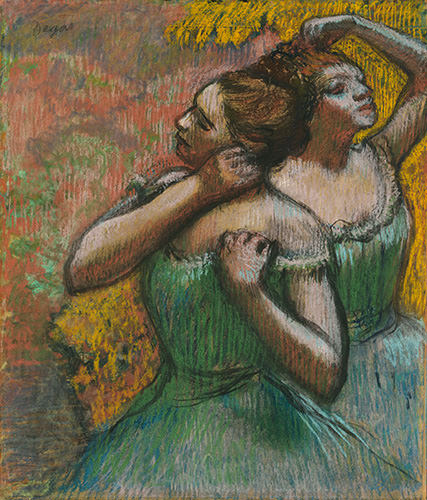 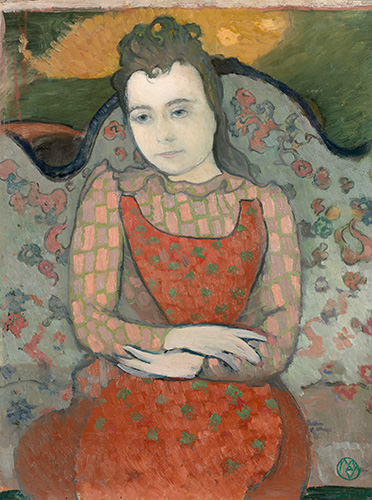 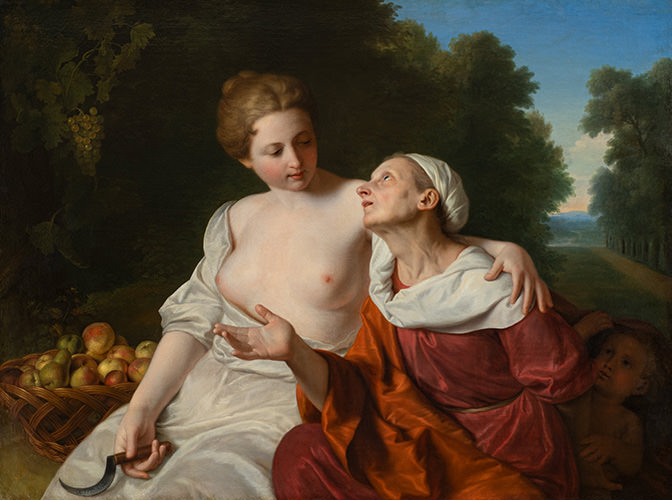 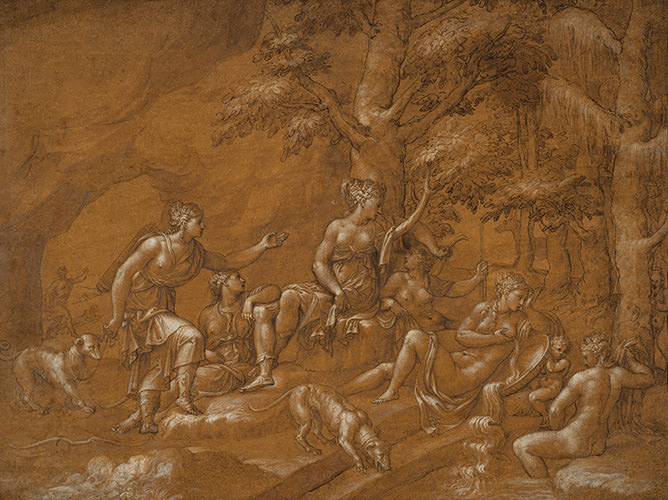 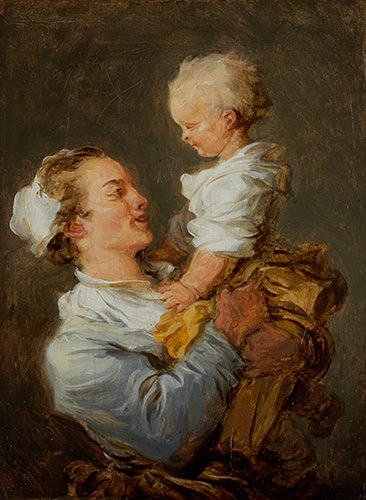 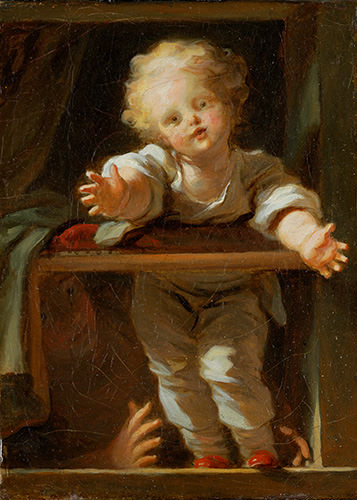 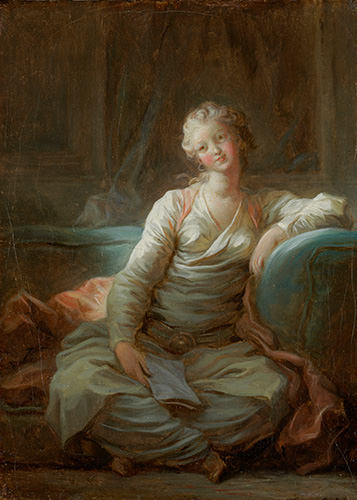 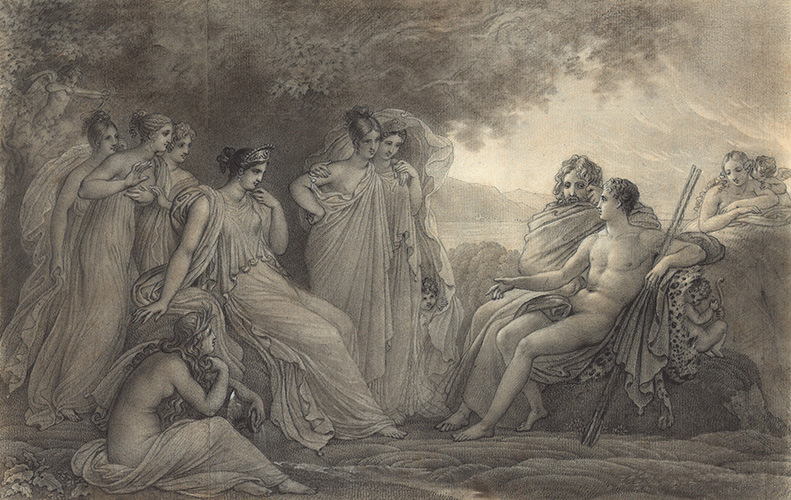 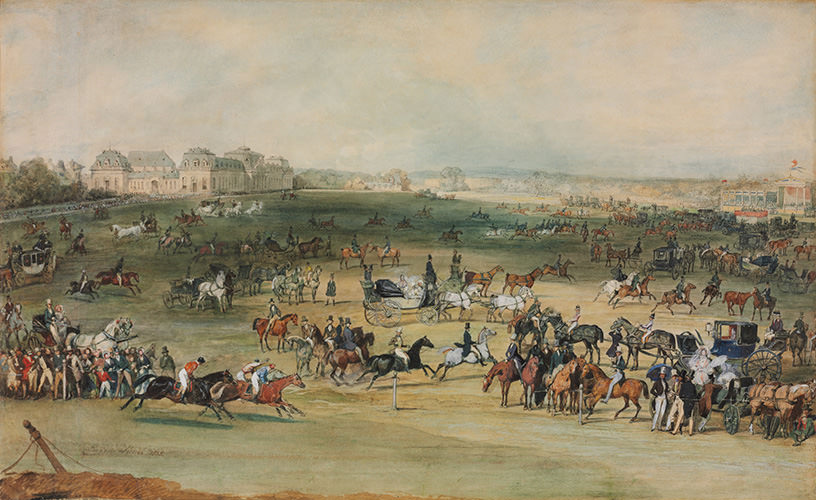 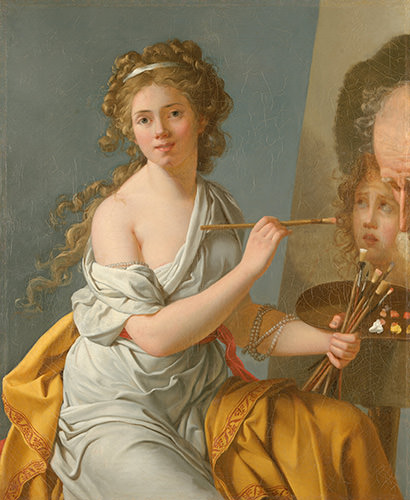 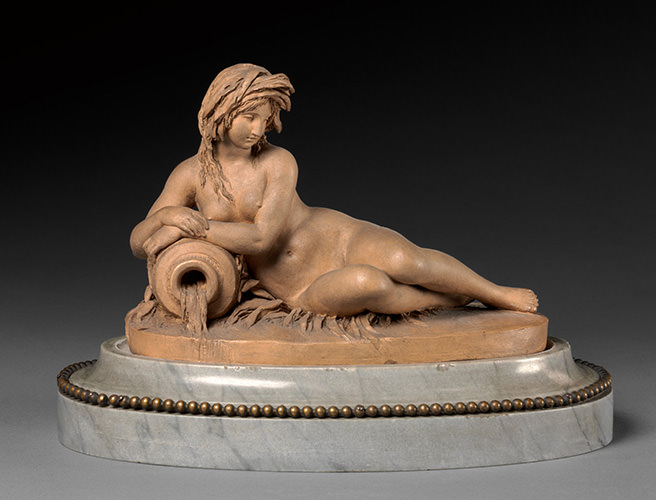 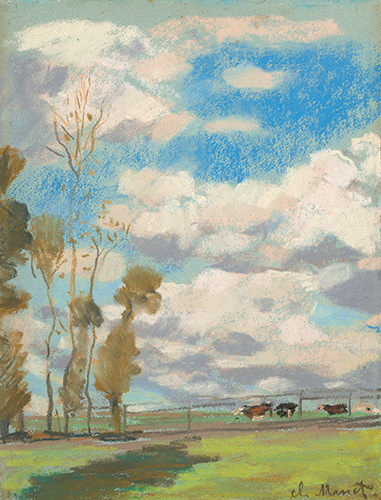 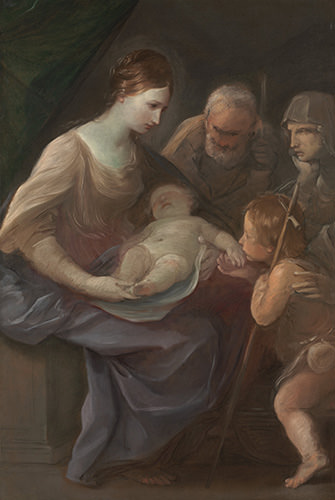 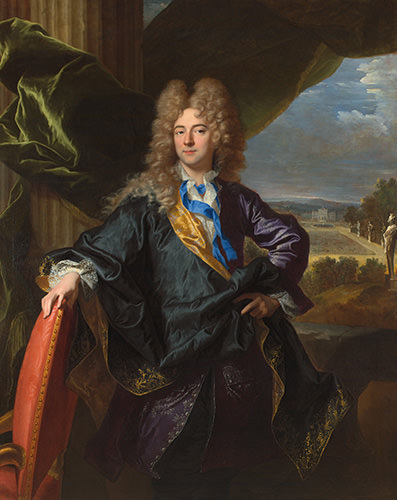 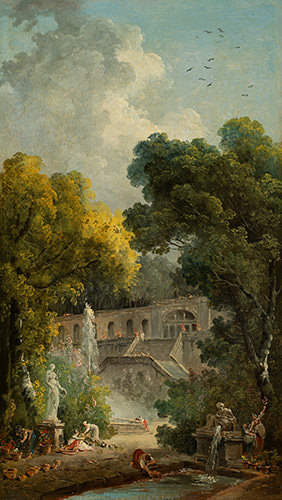 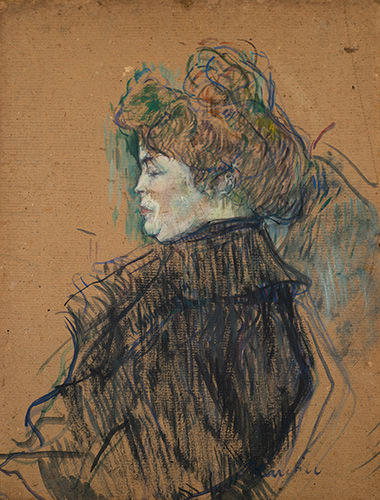 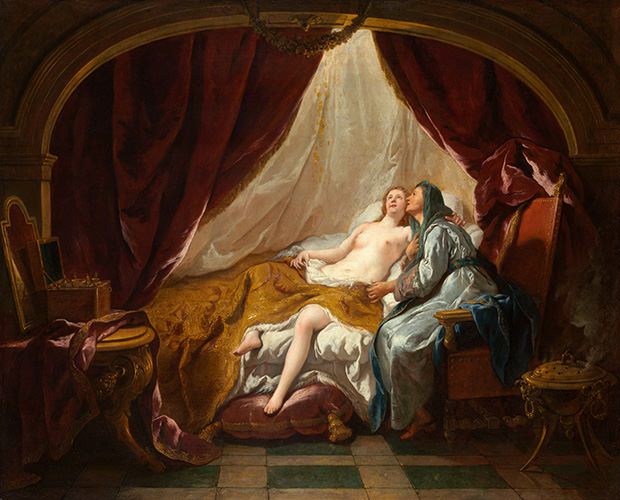 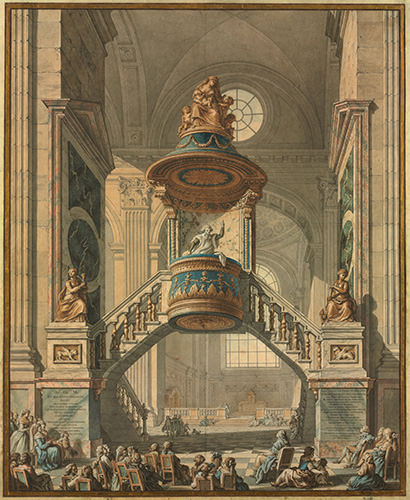